The 2016 World Economic Forum just concluded, and of course, social media was a big topic. The theory that a strong and successful social media presence is achieved by having a large audience is becoming outdated. Depending on your business, having a large following may not always be the best approach. Remember that quality is sometimes better than quantity. READ HERE about all the lessons we should learn from the 2016 World Economic Forum.

San Antonio Spurs player, LaMarcus Aldridge, decided he had enough of his social media accounts, for now. After his team was defeated by 30 points against the defending champs, he shut down his Twitter and Instagram accounts. Aldridge said he, "just wanted to lock in" and focus on basketball. But we all know the real reason. Just like the rest of us, he was spending a lot of time on social media! Even pro athletes are on social media when they should be working. Make sure tha

Earlier today, Facebook creator Mark Zuckerberg posted just how many users Facebook and their various apps have. In 2015, Facebook had more than 1.59 BILLION users that were active each month. That is an unprecedented amount of people and a market that you and your business should be taking full advantage of. #SocialMedia #Sachs #Facebook

Social media is a powerful tool with millions of people connecting with each other every day. There has never been a bigger platform to reach an audience than with social media. From the hip new pair of shoes to the best plastic surgeon in town, social media carries a wealth of information. Check out how social media is impacting the medical community and the growth of private practices. CLICK HERE to read more. 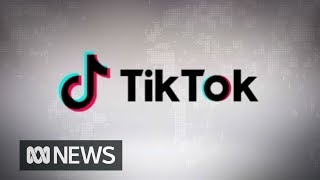 What Is Tik Tok?

5 Social Media Strategies That Will Grow Your Business In 2019

What Is Tik Tok?

5 Social Media Strategies That Will Grow Your Business In 2019